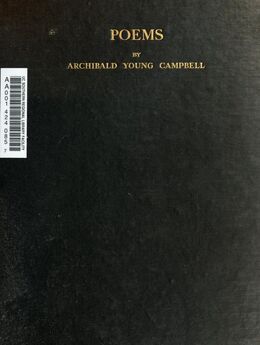 Campbell was born at Blantyre, near Hamilton, South Lanarkshire, Scotland in 1885, and received his education at Hamilton Academy [1] and Fettes College, in Edinburgh.

Campbell lived in Cambridge until his death, but taught at the University of Bristol during the academic year of 1954.

Campbell married, and had two daughters and one son.[2] 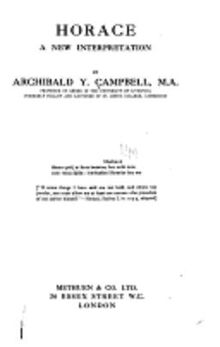 Retrieved from "https://pennyspoetry.fandom.com/wiki/A.Y._Campbell?oldid=137576"
Community content is available under CC-BY-SA unless otherwise noted.