Arthur Davison Ficke (November 10, 1883 - November 30, 1945) was a prolific American poet and a lawyer, also known for his involvement in the literary hoax of Spectrism.

Ficke was born in Davenport, Iowa, to a Unitarian family, Frances (Davison) and Charles August Flicke, a prominent local lawyer. He attended Davenport High School, where he edited, and published poems and stories in, the school newspaper, graduating in 1900. He then went to Harvard University, where he published poetry in the literary magazine, the Harvard Advocate. He was elected president of the Advocate and class poet in 1904, the year he graduated.[1]

In 1906 and 1907 Ficke attended law school, and taught English at the State University of Iowa. He married Evelyn B. Blunt in 1907. He was admitted to the Iowa bar in 1908, and began practising law in his father's firm. During those years he published his first three collections of poetry.[1]

In 1912 Ficke sent a book of his to poet Edna St. Vincent Millay, beginning a lifelong relationship with her. The following year he published a play, Mr. Faust, and Twelve Japanese Painters, which established him as an authority on Japanese art.[1] He followed the latter book up with the 1915 Chats on Japanese Prints, which was described in The Dial as "easily the best book about Japanese prints that has yet been written."[2] 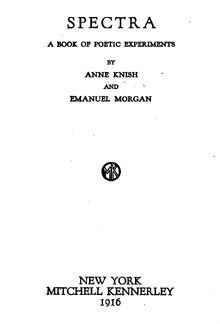 Ficke and his Harvard friend, Witter Bynner, propagated the literary hoax of Spectrism in 1916, as a parody of Imagism and similar modernist free verse. Bynner, Ficke, and Elijah Haye began submitting parody verse to modernist journals under pseudonyms (Ficke's was "Anne Knish") to modernist literary magazines, which began publishing them. That was followed by the publication of an anthology, Spectra: A book of poetic experiments, in 1918. The hoax succeeded, fooling literary critics until 1918, when Ficke revealed the secret.[2] However, Ficke later came to believe that the modernist poetry he had produced as Knish contained some of his best work.[1]

France enlisted in the U.S. Army in 1917 during World War I, and served in France. On route to France he finally met Millay, with whom he had a passionate three-day affair. In France he met artist Gladys Brown, who was serving as an ambulance driver. On returning to the United States in 1922, Ficke divorced his wife and married Brown, and left Davenport and his law practice.[1]

Ficke and his wife moved to upstate New York, where he continued to write and publish poetry, as well as his one novel, Mrs. Morton of Mexico (1939). He died of cancer in Hudson, New York, aged 62.[1]

Ficke is often considered a fairly conservative poet, sticking to traditional styles and forms during the time when modernism was dominating the world of literature and writers were using a whirlwind of experimental types of poetry. Ficke was displeased by what he saw as the inaesthetic nature of these experiments, which was the main motivation for the Spectrist hoax, intended as a send-up of these poets. Much of his early work was in traditional meter and rhyme scheme: Sonnets of a Portrait-Painter is an example. After the publication of Spectra, he did experiment in other forms; "Christ in the Desert" was his first work without formal meter or rhyme.

Harriet Monroe and Alice Corbin Henderson included 9 of his poems in The New Poetry: An anthology, 1917.[3] 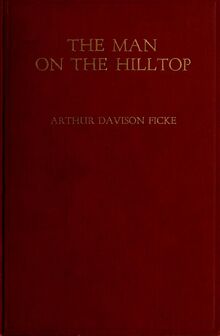 Except where noted, bibliographical information courtesy the Poetry Foundation.[2]

Retrieved from "https://pennyspoetry.fandom.com/wiki/Arthur_Davison_Ficke?oldid=201421"
Community content is available under CC-BY-SA unless otherwise noted.