Arthur Henry Adams (6 December 1872 - 4 March 1936) was a New Zealand poet, novelist, and journalist. He started his career in New Zealand, though he spent most of it in Australia, and for short times resided in China and London.

He was educated at the University of Otago, where he graduated with a Bachelor of Arts and began studying law.[1]

Adams abandoned law to become a journalist in Wellington, where he began contributing poetry to The Bulletin, a Sydney, Australia, periodical.[1]

He moved to Sydney in 1898, and took up a position as private secretary and literary advisor to J.C. Williamson, a noted theatrical manager.[1][2]

In 1900 Adams travelled to China to cover the Boxer Rebellion as a journalist for the Sydney Morning Herald and several New Zealand papers, later returning to New Zealand.

When Adams returned to Australia in 1906, he took over from A.G. Stephens as editor of the Bulletin's Red Page until 1909.

In addition to his poetry, Adams wrote both plays and novels. His most successful play was Mrs. Pretty and the Premier, which was produced in 1914 by the Melbourne Repertory Theatre. 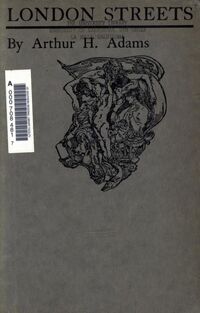 Retrieved from "https://pennyspoetry.fandom.com/wiki/Arthur_Henry_Adams?oldid=224453"
Community content is available under CC-BY-SA unless otherwise noted.