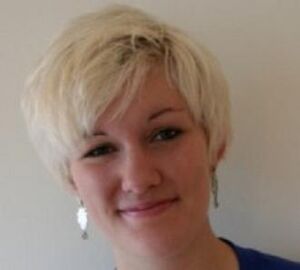 Bird was born in Leeds and grew up in London. She attended the Steiner School in York [1] and the Lady Eleanor Holles School before moving to London in 2001.

She studied English Literature at Oxford University and was president of the Oxford Poetry Society.

She has given poetry readings at The Royal Festival Hall (with Elaine Feinstein), Latitude Festival, the Wellcome Collection (with Don Paterson), St Hilda's College, Oxford (with Wendy Cope), the Wordsworth Trust (with Gillian Allnutt), Cheltenham Festival (with Clare Pollard) and Ledbury Festival, amongst others. She is a writer in residence for the charity First Story.

Bird's poems have been published in several anthologies and are published regularly in PN Review, Poetry Review and The North magazine. Her poems and a commissioned short story, Sucking Eggs, have been broadcast on BBC Radio 4. A member of the Royal Court Young Writers Programme, Bird is also a playwright. She was part of the Bush Theatre's 2011 project Sixty Six where she wrote a piece based upon a chapter of the King James Bible[2]

In February 2012, Bird presented her Beano-inspired show The Trial of Dennis the Menace, featuring original music by Matt Rogers, which was performed in the Purcell Room at Southbank Centre.[3]

Her radical version of The Trojan Women enjoyed a 7-week run at The Gate Theatre, to wide critical acclaim. Her original play Chamber Piece premiered at the Lyric Hammersmith as part of their Secret Theatre Season.

Her debut collection, Looking Through Letterboxes (published in 2002 when she was 15), is a collection of poems built on the traditions of fairy tale, fantasy and romance.

Her 2nd collection, Trouble Came to the Turnip, was published in September 2006 to critical acclaim.

Bird was a winner of the Poetry London Competition in 2007, the Peterloo Poetry Competition for three years running (2002, 2003 and 2004), a major Eric Gregory Award in 2002 and the Foyles Young Poet of the Year Award in 1999 and 2000. She was shortlisted for the Geoffrey Dearmer Award in 2001. Caroline was shortlisted for the Dylan Thomas Prize in 2008 (the youngest writer on the list at 21), and was shortlisted again for the prize in 2010.[4] Caroline was awarded the honour of "Young Champion" in 2010 at the inaugural Youth Olympic Games in Singapore and attended the "What Makes A Young Champion?" event.[5]

Caroline was on the shortlist for Shell Woman Of The Future Awards 2011.[6]

Caroline was among the 5 official poets for the London Olympics 2012. Her poem, ‘The Fun Palace’ which celebrates the life and work of Joan Littlewood, is now erected on the Olympic Site outside the main stadium.

Retrieved from "https://pennyspoetry.fandom.com/wiki/Caroline_Bird?oldid=229058"
Community content is available under CC-BY-SA unless otherwise noted.