Charles Mair FRSC (September 21, 1838 - July 7, 1927) was a Canadian poet and journalist. He was a fervent Canadian nationalist noted for his participation in the Canada First movement and his opposition to the Riel rebellions in western Canada.

He attended Queen's University but did not graduate. On leaving college, he became a journalist.[1]

In Ottawa in 1868, Mair was introduced by civil servant and writer Henry Morgan to young lawyers George Denison, William Foster, and Robert Haliburton. "Together they organized the overtly nationalistic Canada First movement, which began as a small social group."[1]

Mair "represented the Montreal Gazette during the first Riel Rebellion, and was imprisoned and narrowly escaped being shot by the rebels."[2]

Mair was a Freemason[3]

Mair "was an Officer of the Governor-General's Body Guard during the second Riel rebellion in 1885, and was later employed in the Canadian civil service in the West."[2]

He died in Victoria, British Columbia.[1]

Mair published the earliest book of poetry in post-Confederation Canada, 1868's Dreamland, and other poems. "Negligible as verse," says The Canadian Encyclopedia, "the volume gained interest when Mair escaped after being captured by Louis Riel during the Red River disturbances of 1869-70."[4]

The Dictionary of Canadian Biography (DCB) states that Dreamland "demonstrates a conventional colonial approach to poetry. Such poems as 'August' succeed in their attention to natural detail: descriptions of the blueflies, the milkmaids, and the 'ribby-lean' cattle in parched fields anticipate the mature nature poetry of Archibald Lampman. But too often he wrote not of the timberlands he knew but of a dreamland weakly modelled upon the romantic flights of Keats." However, the book was praised by "the established poet Charles Sangster, who referred to Canada's sophisticated literary tradition as one that was habitually overlooked in the popular press."[1]

Writing much later in the Ottawa Journal, William Wilfred Campbell saw Dreamland as a precursor to the nature poetry later popularized in Canada by the Confederation Poets: "The thirty-three poems constitute the first attempt to deal with Canadian nature, in the manner of Keats and the other classic poets, and many of them in theme and treatment are similar to the verse of Lampman and Roberts.... And there are strong evidences in Mair's work that he influenced these poets to a great extent."[5]

Mair published Tecumseh, a historical drama mainly in blank verse dealing with the War of 1812, in 1886. Canadian critic Alan Filewood wrote of the political and philosophical ideas expressed by Mair in the poem:

Mair's projection of Canadian nationhood is embodied in the character of Lefroy, a Byronesque poet who flees civilization to seek solace in nature's genius. He learns – tragically – from the British General Brock that natural law finds its outward form in the monarchic principle, and from the Indian chieftain Tecumseh that nature must be defended against the perversion of American materialism. The dying Tecumseh legitimizes the proto-(Anglo) Canadians as the natural guardians of the land, and Canadian manhood finds mature expression in a race of armed poets.(...) Mair looked to the day when the dominions would assume the responsibilities of adulthood: Then shall a whole family of young giants stand 'Erect, unbound, at Britain's side-' her imperial offspring oversea, the upholders in the far future of her glorious tradition, or, should exhaustion ever come, the props and supports of her declining years.[6]

The DCB calls Tecumseh "a major contribution to our 19th-century literary heritage, wherein the War of 1812 is the central event of Canadian history. Among the many literary treatments of this war, including works by Sangster, John Richardson, and Sarah Anne Curzon ... Tecumseh stands as the most accomplished."[1] The Canadian Encyclopedia says that the poem's "blank verse is pedestrian and untheatrical",[4] but it also tells us that "Tecumseh was important in the development of Canadian drama. It presents a vision of Canada as a co-operative enterprise in contrast with the self-seeking individualism of the United States."[7]

Mair was elected a fellow of the Royal Society of Canada in 1889.[2]

In 1937 he was designated a Person of National Historic Significance.[8] 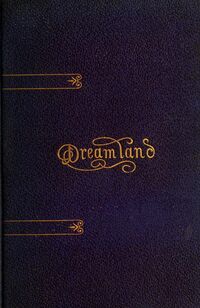 Retrieved from "https://pennyspoetry.fandom.com/wiki/Charles_Mair?oldid=222895"
Community content is available under CC-BY-SA unless otherwise noted.