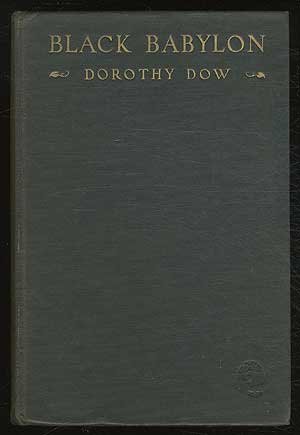 Dorothy Minerva Dow (1897-1989) was an American poet, playwright, and writer of fiction and non-fiction.[1]

Dow was born in 1897 in Lockport, Illinois , the daughter of Elizabeth (Gund) and John Dow. She began writing poems as a child.[1]

In the early 1920's she lived in Chicago, where she befriended Edgar Lee Masters and artist John Warner Norton, both of whom encouraged her poetry writing. She published her first collection, Black Babylon, in 1924, followed by Will-o-the-Wisp in 1925. In 1925 she married a physician, James E. Fitzgerald.[1]

In the 1930s and 1940s Dow’s interests widened, and she wrote plays, novels, short stories, biographies and even a cookbook. The influence of Edgar Lee Masters still inspired her to continue to write poetry and they corresponded until his death. Although she continued to write a great deal of poetry throughout her life, she first found success as a writer of pulp fiction and newspaper articles and reviews.[1]

Dow’s last published work was a novel in 1947. Her health continued to decline in her 60s, a time when she worked on a long biographical poem finally titled "Flowers of Time." Her later poems reflect her anger and sadness at the loss of her youthful activities and beauty.[1]

Sometime during the 1960s or 1970s, Dow had bound together typescripts of her most insightful and interesting writings: literary essays entitled titled The American Muse: An informal study of American letters, 1890-1947.[1]

Her husband died in 1969, and for the next 20 years she lived in various Chicago locations, continuing to write and to amass a large and impressive book collection.[1]

Dow's later poems reflect her anger and sadness at the loss of her youthful activities and beauty.[1]

Retrieved from "https://pennyspoetry.fandom.com/wiki/Dorothy_Dow?oldid=200887"
Community content is available under CC-BY-SA unless otherwise noted.