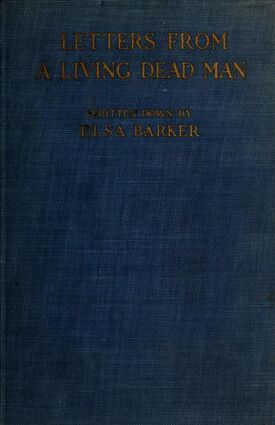 Barker was born in 1869 in Leicester, Vermont.[3] Her parents both died while Barker was still young.[3]

She worked as a shorthand writer and teacher, and wrote for newspapers.[2] </ref> Her father had been interested in the occult and Barker shared this interest, becoming a member of the Theosophical Society.[3] She was also initiated into the Rosicrucian Order of Alpha et Omega.[4]

Barker lived in Europe from 1910 to 1914, first in Paris and then in London.[2] She was in London at the outbreak of World War I. In 1912, while in Paris, she felt compelled to write a passage, although she said she did not know where the words came from.[5][6] She said she was "strongly impelled to take up a pencil and write."[7] She signed the passage "X", which at first meant nothing to her.[6] She was told that "X" was the nickname of a Los Angeles judge called David P. Hatch and then discovered that Hatch had died before she "received" the message.[6][8]

Barker won the Lola Ridge Award for her poem "The Iron Age".[2] 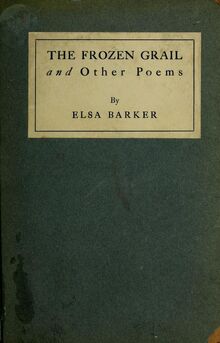 Retrieved from "https://pennyspoetry.fandom.com/wiki/Elsa_Barker?oldid=197561"
Community content is available under CC-BY-SA unless otherwise noted.