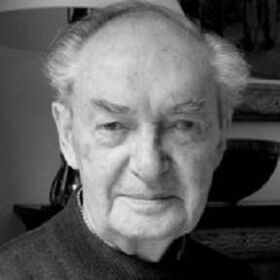 Allen was educated at Newtown School, Waterford before going to Trinity College, Dublin (MA, MAI, ScD).[2] At Trinity he studied engineering, and published light verse in the college magazine.[3]

During World War II Allen moved to England, where he worked as a civil engineer. He rose to Director of the Hydraulics Research Station, Then transferred into the Cabinet Office as a Whitehall civil servant. He ended his professional career as First Civil Service Commissioner.[3]

Except where noted, bibliographical information courtesy The Poetry Archive.[3]

Retrieved from "https://pennyspoetry.fandom.com/wiki/Fergus_Allen?oldid=108012"
Community content is available under CC-BY-SA unless otherwise noted.