Dance was born in Kingston, Ontario, the only son of Hilda (Leith) and George Nelson Dance, a sergeant-major in the Canadian Army. His mother died when he was too young to remember her.[1]

Dance and his family lived in Quebec, Manitoba, and Ontario again in his childhood. He also spent several summers with an uncle and aunt in New Hampshire. He began writing in public school, and became interested in poetry in his freshman year of high school, 1967-1968, when he was introduced to the poems of Leonard Cohen, that year's winner of the Governor General's Award for English language poetry or drama.

Dance's family moved to Newcastle (now Miramichi), New Brunswick, when he was 16, and he took his last year of high school at that city's Harkins Academy, where he studied poetry under Doug Underhill.

After graduating from Harkins with honors, Dance attended Mount Allison University in Sackville, New Brunswick. In his 2nd year he studied modern English poetry (a 3rd-year course) under John Thompson. That experience motivated him to begin writing his own poetry, none of which the student newspaper, the Argosy, would print. (The Argosy did, however, publish a short story of his, "The Little Gentleman".)

Dance dropped out of university after his 2nd year due to financial difficulties and, unable to find a job, moved in 1973 to Toronto, where he worked at a variety of menial jobs. The following summer he read Ayn Rand's Atlas Shrugged, which was the beginning of what he has called "a 30-year career detour into politics.."[2]

Dance listed his occupation as stock clerk, layout artist, freelance typesetter and office manager on various occasions between 1979 and 1993. For more than 10 years (1987-1998) he edited and published Libertarian Bulletin, the Ontario Libertarian Party's newsletter.

Dance has called for increased privatization.[4] He is an opponent of anarchism, and describes himself as a "proper-government libertarian" (i.e., supporting a government that recognizes and respects individual liberties).[5] Dance is also an opponent of restrictions on public smoking.[6]

Dance ran for Leader of the Libertarian Party of Canada in 1990, coming in 2nd to Stanislaw Tyminski.[7] He succeeded to the leadership when Tyminski left Canada in 1991 to run for president of Poland.[8] Dance held the position until May 1993, when Hilliard Cox was chosen to replace him.[9] As Leader, he led the Libertarian Party's opposition to the Charlottetown Accord constitutional amendments.[10] In 1992, Dance indicated that his party might seek an electoral alliance with the Freedom Party of Ontario. The Freedom Party rejected this suggestion.

Dance also served as interim leader of the Libertarian Party of Canada from 1995 to 1996.

Dance served on the executive of the Ontario Libertarian Party from 1985 until 2008, for the last 12 of those years as party chairman. He became the party's leader following the resignation of John Shadbolt on June 9, 1995.[11] As party leader, he contested a 1996 by-election in York South. He held the position until Sam Apelbaum was selected at a delegated convention in late 1996. Dance was elected chairman at the same 1996 convention. He retired from the office in 2008.[12]

In 2009, 6 of Dance's poems were published in the online literary magazine, The Other Voices International Project.[15]

Also in 2009, he wrote the long poem "Betty, or Betty's Hat", and began The Betty Blog as a place to archive it.[16] (Due to a complaint of copyright infringement from someone who claimed to have written a poem called "Batty," the names were changed in 2011 to "Penny, or Penny's Hat" and "Penny's Poetry Blog").[17]

In 2011 he translated, blogged, and self-published Looking and Playing in Space, an English translation of Regards et jeux dans l'espace by French-Canadian poet Hector de Saint-Denys Garneau. That year he also published a full-length non-fiction book, Ron Paul and his rEVOLution, a collection of some of his Nolan Chart columns.

In 2015 he published 3 poems in The Horror Zine Magazine,[20] and released his debut collection, Doggerel, and other doggerel.[21]

2019 was devoted to editing a collection of selected poems by American poet Will Dockery, Selected Poems, 1976-2019. 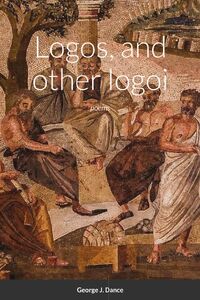 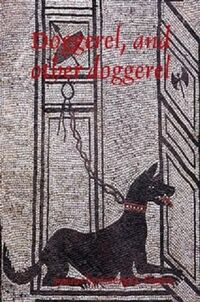