Harriet Maxwell was born in Elmira, New York. She married Frank Converse, and the couple settled in New York City around 1866. Converse, a critically well-received poet, became increasingly interested in the Iroquois people of the Six Nations in upstate New York. She was adopted by the Snipe Clan of the Seneca nation, and later confirmed as a Seneca chief, the first white woman to hold that position.[2] 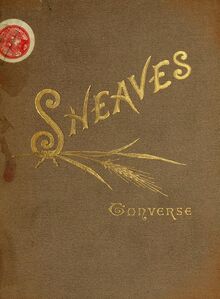 Retrieved from "https://pennyspoetry.fandom.com/wiki/Harriet_Maxwell_Converse?oldid=199627"
Community content is available under CC-BY-SA unless otherwise noted.