Rev. Henry Francis Cary (6 December 1772 - 14 August 1844) was an English poet, biographer, and translator, best known for his translation of The Divine Comedy of Dante.[1]

Cary was born at Gibraltar, and educated at Oxford, where he was distinguished for his classical attainments. His great work is his translation of the Divina Commedia, which is not only faithful to the original, but full of poetic fire, and rendered into such fine English as to be itself literature apart from its merits as a translation. He also translated from the Greek. Cary, who was a clergyman, received a pension in 1841.[2]

Cary was born in Gibraltar, the eldest son of William Cary, a Captain of the 1st Regiment of Foot, by Henrietta daughter of Theophilus Brocas, Dean of Killala. His grandfather, Henry Cary was archdeacon, and his great grandfather, Mordecai Cary, bishop of that diocese.[3]

His father shortly afterwards settled as a country gentleman at Cannock in Staffordshire. Young Cary received his education at local grammar schools, Rugby, Sutton Coldfield, and Birmingham. While at the latter, being only 15, he published an ode to Lord Heathfield on his defense of Gibraltar, the youthful writer's native place. The ode was greatly admired, and led to Cary's becoming a regular contributor to the Gentleman's Magazine, and publishing a small volume of odes and sonnets in the following year. It also procured him the notice of Anna Seward and her literary coterie at Lichfield.[4]

He corresponded assiduously with Miss Seward, and a letter to her[6] is especially interesting as disclosing the germ of his attachment to Dante. It is written from Christ Church, Oxford, where he had entered in April 1790.[4]

In 1796 he took orders, was presented to the vicarage of Abbot's Bromley, Staffordshire, and married the daughter of James Ormsby of Sandymount, near Dublin. His time was chiefly employed in study, of which his diary, published by his son, gives a detailed account. His principal publications during his residence at Abbot's Bromley were an "Ode to Kosciusko" and 3 sermons, contributed to the publication of a clerical friend who "was driven by his necessities to publish a volume of sermons by subscription, but had not energy to write them himself."[4]

In 1800 he moved to the living of Kingsbury in Warwickshire, to which he had been presented in addition to Abbot's Bromley, and in May of that year commenced his translation of the Inferno, which was published in 1805. It attracted little attention, partly owing to the neglect into which his author had fallen ("his fame," said Napoleon of Dante about this time, "is increasing and will continue to increase, because no one ever reads him"), partly from being weighted by a reprint of the original text, but even more from Cary's own independence of the corrupt poetical taste of the day.[4] He had not shrunk from reproducing Dante's homely expressions, and in so doing exposed himself to charges of familiarity, and even vulgarity, from his old patroness, Miss Seward, whom he answered conclusively in a long letter preserved by his son."[7]

In 1807 the death of his youngest daughter occasioned a state of mental prostration scarcely distinguishable from insanity, the precursor of subsequent similar afflictions. He moved to London, became reader at Berkeley Chapel, retaining his country benefices, and after a time was able to continue his translation of Dante. It was completed on 8 May 1812; but the ill success of the Inferno had discouraged the booksellers, and Cary, whose family was large and whose means were moderate, was obliged to publish the sequel, along with a reprint of its predecessor, at his own expense."[7]

It initially excited no more attention than the Inferno, but ere long the whole translation came into notice, in great measure from the warm applause of Coleridge, whose acquaintance Cary made as he paced the beach at Littlehampton, reciting Homer to his son. "Sir," said Coleridge, attracted by the sound of the Greek, "yours is a face I should know. I am Samuel Taylor Coleridge." During the rest of the day the wondrous stranger discoursed on Homer, making young Cary "feel as one from whose eyes the scales were just removed," and in the evening carried home the translation of Dante, of which he had never even heard. The next day he was able to repeat whole pages, and his winter course of lectures gave it celebrity."[7]

A new edition was published in 1819, and ever since, notwithstanding the competition of more exact versions of no mean poetical power, it has remained the translation which, on Dante's name being mentioned, occurs to the mind.[7]

During this interval Cary had resigned his readership, and become afternoon lecturer at Chiswick and curate of the Savoy. His acquaintance with Coleridge had introduced him to Charles Lamb, with whom he contracted a close friendship. He became a member of the circle that gathered around the publishers Taylor & Hessey, and contributed ballads and critical essays to their London Magazine. Several of his contributions were on the early French poets, the materials for which he collected in a visit to France in 1821. These were republished after his death, as also were a series of lives of English poets, supplementary to Johnson, likewise contributed to the London Magazine."[8]

In 1824 appeared his translation of The Birds, an elegant performance, but wanting the rollicking fun of Aristophanes. In the same year he began his translation of Pindar. In 1826, after an unsuccessful application for a vacancy in the antiquities department of the British Museum, he was appointed assistant-keeper of printed books. A classed catalogue of the library was at that time in preparation, and Cary was appropriately entrusted with the poetry. After some time it was given up, and he was mainly employed in cataloguing new purchases and acquisitions by copyright. The numerous titles extant in his handwriting show that he was both an industrious and an accurate workman."[8]

Nothing occurred to vary the even tenor of his life until the completion of his translation of Pindar in the autumn of 1832, almost immediately followed by the sudden death of his wife. The effect upon him was "an amazement of all the faculties of mind and body," followed by attacks of delirium. Having partially rallied, he undertook a long tour on the continent, and returned restored to comparative health; yet, in the opinion of all but his family and himself, disqualified for promotion to the headship of the library of printed books, to which, indeed, the shy recluse scholar would hardly have been equal at any time.[8]

The post became vacant in 1837, and the preference over Cary given to Antonio Panizzi, a foreigner who had not yet overcome prejudice by the demonstration of his extraordinary capacity, and whose promotion was regarded by many as a piece of party patronage, occasioned much criticism at the time. It was, however, most fully vindicated before the royal commission of 1848, and, entirely apart from the question of Panizzi's merits and Cary's infirmities, the latter placed himself out of court by the ground on which he rested his claim. "My age," he said, "it was plain, might ask for me that alleviation of labour which is gained by promotion to a superior place." A curious ideal of duty must have prevailed in the public service when, as has been remarked, "an honourable and respected officer could, without conscious absurdity, urge as a plea for promotion that he would thereby have less to do."[8]

Upon the failure of his application Cary resigned, and owing to another serious blot in the administrative system of the time, his 11 years of faithful service were unrecompensed by any retiring pension. The death of his aged father, however, had recently placed him in easier circumstances, and though consenting to work for the booksellers, he does not seem to have suffered from pecuniary embarrassment.[8]

He edited several standard English poets with much judgment, and prepared a series of critical observations on the Italian poets, which were published in the Gentleman's Magazine after his death.[8]

He died, after a short illness, on 14 August 1844, and was buried in Westminster Abbey by the side of Samuel Johnson.[8]

Cary's literary fame is almost wholly identified with a single work. There will probably always be 2 schools of Dante translation in England, the blank verse and the terza rima, and until some great genius shall have arisen capable of thoroughly naturalising the latter meter, [[Samuel Johnson}Johnson's]] terse remark on the translators of Virgil will continue to be applicable. "Pitt," he says, "is quoted, and Dryden read."

Cary's standard is lower, and his achievement less remarkable, than that of many of his successors, but he, at least, has made Dante an Englishman, and they have left him half an Italian. He has, nevertheless, shown remarkable tact in avoiding the almost inevitable imitation of the Miltonic style, and, renouncing the attempt to clothe Dante with a stateliness which does not belong to him, has in a great measure preserved his transparent simplicity and intense vividness.

In many other respects Cary's taste was much in advance of the standard of his day; his criticisms on other poets are judicious, but not penetrating. His original poems and his translation of Pindar scarcely deserve a higher praise than that of elegance. A translation of Valerius Flaccus was never completed, and nothing more seems to have been heard of the Romeo, and other poems which his son announced his intention of publishing.

The extreme tenderness and affectionateness of Cary's character appears sufficiently from his history. It would hardly have been inferred from his correspondence, which is in general rather commonplace, and tinctured with a reserve which can only have arisen from extreme sensitiveness.

In 1841 a crown pension of £200 a year, obtained principally through the efforts of Samuel Rogers, was conferred on him.[8]

Carey was buried in Poets' Corner, Westminster Abbey. An inscription was placed over his grave in 1868.[9] 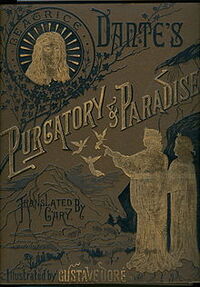 This article incorporates text from a publication now in the public domain, the Dictionary of National Biography (edited by Leslie Stephen). London: Smith, Elder, 1885-1900. Original article is at: Cary, Henry Francie

Retrieved from "https://pennyspoetry.fandom.com/wiki/Henry_Francis_Cary?oldid=231186"
Community content is available under CC-BY-SA unless otherwise noted.