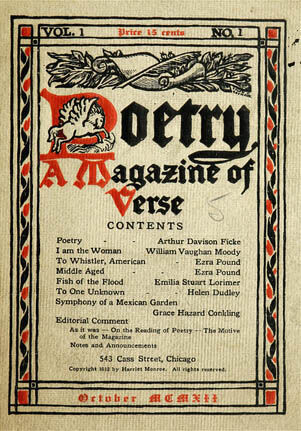 A literary magazine is a periodical devoted to literature in a broad sense. Literary magazines usually publish short stories, poetry and essays along with literary criticism, book reviews, biographical profiles of authors, interviews and letters. Literary magazines are often called literary journals, or little magazines, which is not meant as a pejorative but instead as a contrast with larger, commercial magazines.[1]

Literary magazines first began to appear in the early part of the 19th century, mirroring an overall rise in the number of books, magazines and scholarly journals being published at that time. In Great Britain, critics Francis Jeffrey, Henry BroughamTemplate:Dn and Sydney Smith founded the Edingburgh Review in 1802. Other British reviews of this period included the Westminster Review (1824), the Spectator (1828) and Athenaeum (1828). In the United States, early journals included the Philadelphia Literary Magazine (1803-1808), the Monthly Anthology (1803-1811), which became the North American Review, the Yale Review (founded in 1819), Dial (1840-1844) and the New Orleans-based De Bow's Review (1846-1880). Several prominent literary magazines were published in Charleston, South Carolina, including The Southern Review from 1828–32 and Russell's Magazine from 1857–60).[2]

Among the literary magazines that began in the early part of the 20th century is Poetry Magazine, founded in 1912, which published T. S. Eliot's first poem, "The Love Song of J. Alfred Prufrock." Other important early-20th century literary magazines include The Times Literary Supplement (1902), Southwest Review (1915), Virginia Quarterly Review (1925), Southern Review (1935) and New Letters (1935). The Sewanee Review, although founded in 1892, achieved prominence largely thanks to Allen Tate, who became editor in 1944.[3]

Two of the most influential — and radically different — journals of the last-half of the 20th century were The Kenyon Review (KR) and the Partisan Review. The Kenyon Review, founded by John Crowe Ransom, espoused the so-called New Criticism. Its platform was avowedly unpolitical. Although Ransom came from the South and published authors from that region, KR also published many New York-based and international authors. The Partisan Review was first associated with the American Communist Party and the John Reed Club, however, it soon broke ranks with the party. Nevertheless, politics remained central to its character, while it also published significant literature and criticism.

The middle-20th century saw a boom in the number of literary magazines, which corresponded with the rise of the small press. Among the important journals which began in this period were Nimbus: A Magazine of Literature, the Arts, and New Ideas, which began publication in 1951 in England, the Paris Review, which was founded in 1953, Poetry Northwest, which was founded in 1959, X Magazine, which ran from 1959-1962, and the Denver Quarterly, which began in 1965. The 1970s saw another surge in the number of literary magazines, with a number of distinguished journals getting their start during this decade, including Columbia: A Journal of Literature and Art, Ploughshares, The Iowa Review, Granta, Agni, The Missouri Review, and New England Review. Other highly regarded print magazines of recent years include The Threepenny Review, The Georgia Review, The Massachusetts Review, Ascent, Shenandoah, The Greensboro Review, ZYZZYVA, Glimmer Train, Tin House, the Canadian magazine Brick, the Australian magazine Heat, and Zoetrope: All-Story. Some short fiction writers, such as Steve Almond and Stephen Dixon have built national reputations in the United States primarily through publication in literary magazines.(Citation needed)

The Committee of Small Magazine Editors and Publishers (COSMEP) was founded by Hugh Fox in the mid-1970s. It was an attempt to organize the energy of the small presses. Len Fulton, editor and founder of Dustbook Publishing, assembled and published the first real list of these small magazines and their editors in the mid-1970s. This made it possible for poets to pick and choose the publications most amenable to their work and the vitality of these independent publishers was recognized by the larger community, including the National Endowment for the Arts, which created a committee to distribute support money for this burgeoning group of publishers called the Coordinating Council of Literary Magazines (CCLM). This organisation evolved into the Council of Literary Magazines and Presses (CLMP).