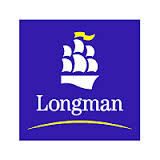 Longman is a publishing company founded in London, England, in 1724.

Longman is owned by Pearson PLD, and is primarily used as an imprint by Pearson's Schools business. The Longman brand is also used for the Longman Schools in China and the Longman Dictionary.

The Longman company was founded by Thomas Longman (1699 – 18 June 1755), the son of Ezekiel Longman (died 1708), a gentleman of Bristol. Thomas was apprenticed in 1716 to John Osborn, a London bookseller, and at the expiration of his apprenticeship married Osborn's daughter. In August 1724, he purchased the stock and household goods of William Taylor, the first publisher of Robinson Crusoe, for £2282 9s 6d. Taylor’s two shops in Paternoster Row, London, were known respectively as the Black Swan and the Ship, and became the publishing house premises.

Longman entered into partnership with his father-in-law, Osborn, who held one-sixth of the shares in Ephraim Chambers's Cyclopaedia (1728). Longman himself was one of the six booksellers who undertook the responsibility of Samuel Johnson's Dictionary (1746–1755).

Longman had three sons. Of these, Thomas Norton Longman (1771–1842) succeeded to the business. In 1804 two more partners were admitted, and the former apprentice Brown became a partner in 1811; in 1824 the title of the firm was changed to Longman, Hurst, Rees, Orme, Brown & Green.

In 1799 Longman purchased the copyright of Lindley Murray's English Grammar, which had an annual sale of about 50,000 copies. In the following year Richmal Mangnall's Historical and Miscellaneous Questions for the Use of Young People was purchased, and went through 84 editions by 1857.[1] About 1800 he also purchased the copyright of Southey's Joan of Arc and Wordsworth's Lyrical Ballads, from Joseph Cottle of Bristol. He published the works of Wordsworth, Coleridge, Southey and Scott, and acted as London agent for the Edinburgh Review, which was started in 1802.

In 1814 arrangements were made with Thomas Moore for the publication of Laila Rookh, for which he was paid £3000; and when Archibald Constable failed in 1826, Longmans became the proprietors of the Edinburgh Review. They issued in 1829 Lardner’s Cabinet Encyclopaedia, and in 1832 McCulloch's Commercial Dictionary.

Thomas Norton Longman died on August 29, 1842, leaving his two sons, Thomas (1804–1879) and William (1813–1877), in control of the business in Paternoster Row. Their first success was the publication of Macaulay's Lays of Ancient Rome, which was followed in 1841 by the issue of the first two volumes of his History of England, which after a few years had a sale of 40,000 copies.

The two brothers were well known for their literary talent. Thomas Longman edited a beautifully illustrated edition of the New Testament, and William Longman was the author of several important books, among them a History of the Three Cathedrals dedicated to St Paul (1869) and a work on the History of the Life and Times of Edward III (1873). In 1863 the firm took over the business of John William Parker, and with it Fraser's Magazine, and the publication of the works of John Stuart Mill and JA Froude; while in 1890 they incorporated with their own all the publications of the old firm of Rivington, established in 1711. The family control of the firm (later Longmans, Green & Co.) was continued by Thomas Norton Longman, son of Thomas Longman.

In December 1940, Longman's Paternoster Row offices were destroyed in The Blitz, along with most of the company's stock. The company survived this crisis, however, and became a public company in 1948. Longman was acquired by the global publisher Pearson, owner of Penguin and Financial Times, in 1968. In 1972, Mark Longman, last of the Longman family to run the company, died.

Longman continued to exist as an imprint of Pearson, under the name Pearson Longman. Pearson Longman specialized in English, including English as a second or foreign language, history, economics, philosophy, political science, and religion.

Longman is now primarily used by Pearson's ELT business (English Language Teaching). The Longman brand is now only used for the Longman Schools in China and the Longman Dictionary. All other textbooks and products use the Pearson brand/imprint.

Retrieved from "https://pennyspoetry.fandom.com/wiki/Longman?oldid=96604"
Community content is available under CC-BY-SA unless otherwise noted.