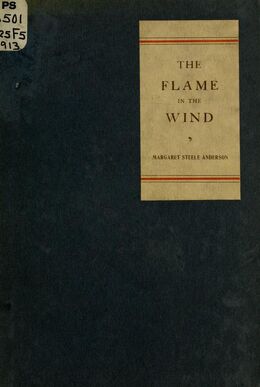 Margaret Steele Anderson (1867-1921) was an American poet and journalist.

Anderson was born in Louisville, Kentucky. She attended Wellesley College. In 1901 she became literary editor of the Louisville Evening Post, where she built a reputation as one of the American south's most discriminating critics.[1]

Retrieved from "https://pennyspoetry.fandom.com/wiki/Margaret_Steele_Anderson?oldid=141536"
Community content is available under CC-BY-SA unless otherwise noted.